London “Kpeke” life and the Nigerian High Commission in the United Kingdom. 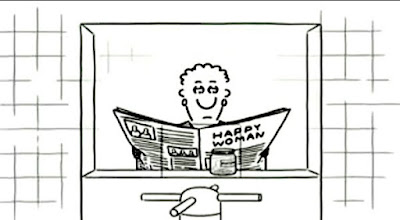 London “Kpeke” life and the Nigerian High Commission in the United Kingdom.

The life of the Nigerian is a very complicated one; somehow the evil we are challenged with at home seems to follow us everywhere we go. As life at home increasingly became a grind and the massive brain-drain syndrome depleted the ranks of our professionals, the expectation was that hell was being left behind and the destination abroad was paradise. Whereas for some this is true, for a lot of Nigerians, this highly besought paradise is becoming another hell hole. 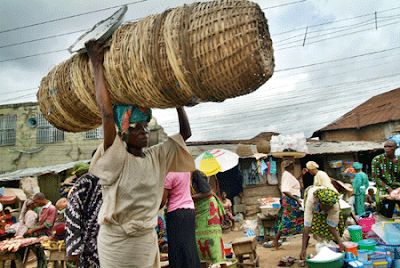 Nigerians in the United Kingdom are reported to be topping a million or more and are said to be the “fastest growing ethnic minority group in the United Kingdom”. It is common these days to meet a larger segment of the Nigerian community describing themselves as “Nigerian British “ a catch phrase for identifying Nigerians with British nationality or as some would put it British people of Nigerian descent. Of course they sure have dissolved themselves into the British society and now we easily refer to Seal, Sade Adu, Chiwetel Ejiofor, Sophie Okonedo, Lemar the soul singer and other’s as British acts even though the Nigerian blood flows deep in them.

The South London town of Peckham is the home of the largest overseas Nigerian community in the world. Yoruba the language of ethnic Yoruba people in South West Nigeria is widely spoken in London in particular the Southern London Boroughs’. Name any Nigerian food and you can get it in a jiffy and in abundance, either from the Dalston market, Peckham market, Finsbury Park and the many Nigerian shops springing up in every nook and crannies of the city of London. Nigerian clubs and food restaurants are on the rise and it is noteworthy that Nigerians are reported to own the highest number of African restaurants in the United Kingdom with the city of London accounting for majority of the eateries.

In spite of these economic activities, It cannot be said to be all rosy for the Nigerian community in the UK as the numerical advantage they have as not been translated into a political force. Nigerians until recently are not known to be united when it comes to issues affecting the home land. However, we anticipate gradual attitudinal changes as groups are now networking; the advent of social network sites such as face book, twitter, bego and others are increasingly facilitating the capacity of various groups to network. We’ve got a long way to go though in comparison with the influence wielded by the Somali or Ghanaian community.

The Nigerian High commission in Northumberland is just less than 5 minutes walk from the famous tourist site, Trafalgar square, but the high commission is never a place Nigerians look forward to visiting for any kind of business. Even though the old rug at the reception area has been replaced with a more presentable one the disposition and efficiency of the staff of the high commission is a far cry from what it should be.

When Nigerians encounter problems here in the United Kingdom, the high commission is the last place they want to go to as officials will never respond to enquiries or call for help. Instances abound, chronicling the indifference of the high commission to the plight of Nigerians. The customary joke that goes around is that if you want to have a feel of how things work in Nigeria just visit the Nigerian high commission in London; bureaucratic bottlenecks, extortions, delay in issuance of travel documents, the list goes on. Ironically the high commission is quite efficient when it comes to issuing visas to foreign nationals visiting Nigeria. 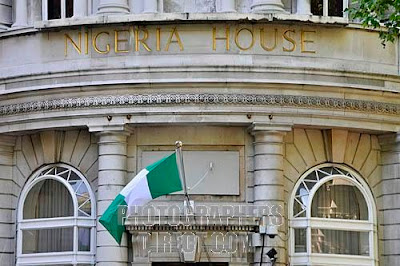 In fact, the high commission is commonly referred to by Nigerians as the “western union” arm of the thieving Nigerian ruling elite, with allegations that the embassy is being used as a cover to transfer stolen money from Nigeria into the United Kingdom. It’s stunning to see how diplomatic staff spend valuable time running errands for visiting Nigerian officials even when in most cases their visits are private. Little time is spent addressing the needs of ordinary Nigerians.

Nigerian are a huge percentage of inmates her majesty’s prison; Holloway prison is filled with Nigerian women some who are mainly victims of circumstances and others who are slammed in for drugs, fraud, cyber crime or immigrations problems. The high commission does not have a case worker who visits these prisons as it is done by other embassies in the United Kingdom. It is never the business of the High commission; even in clear cases where Nigerians are victims of miscarriage of justice ,no help is forthcoming.

To get the bills paid and put food on the table, Nigerians have now established the “Kpeke” business. “kpeke” is a coinage from the sound a coin makes when you drop it in a bowl and that is the term some Nigerians use to describe the job of toilet assistants in night clubs. The rise in the number of Nigerians who have no alternative and now make a living as toilet assistants in the UK is alarming. The job is so humiliating that the attendant is subjected to between seven to eight hours in the toilet without formal pay. The reward for cleaning the toilet is expected to come from the coin dropped “kpeke” in a bowl. So the sound of each coin brings a reassuring smile to the attendant. Now because tipping is not obligatory some may just spend a whole night with little or no money to take them home.

That our citizen have to resort to this way of life is an indictment on the way we have mismanaged our country turning able bodied and very well educated men and women into toilet attendants in European cities. Add to this the provocation of watching politicians and public office holders who come in and out of the United Kingdom and spend money like crazy. Nigerians in the United Kingdom see family members of Nigerian public office holders’ ride expensive cars that even British citizens only see with mouth agape in advertisements. They open glossy Nigerian magazines and see how fellow Nigerians boast of millions they have not earned, stolen wealth! Sadly, rather than get angry they pray to God to be able to join them and if they fail to join them, they pray that someday their children would rise and be like those who enslave them. They flock the ever increasing Nigerian churches springing up in every nook and crannies of inner London boroughs’.

It’s a shame that Nigerians rarely get effectively angry in the United Kingdom; we moan about the situation of things at home, rain curses on the President of Nigeria Umoru Musa Yar’adua, his godfather James Ibori and other’s and then ask for when the next party will be taking place in Peckham or when the next Nigerian artist is coming to throw a big concert. We then gather our earnings from, the “kpeke” business, thank God for his mercies, put on our best attire from Primax or M&S and move to the party and dance like we’ve got no worries because tomorrow will never come. Then, non Nigerians will look at us, shake their heads and retort “Nigerians, they deserve the kind of government they have”.

Posted by Kayode Ogundamisi at 15:08