London Training for the wives of Oyo state House of Assembly members: a

In Bloody Rome No Epitaphs For Slaves! Writing by Kayode Ogundamisi

Acquirit qui tuetur: "He who preserves something, will have something" (Ancient Roman Proverb)

Rome opened my eyes to that famed ‘old new world’. The world of a great empire, spanning several thousands of years before and after the coming of Christ!
Modern world may have changed from when the Romans fed slaves and mutineers to lions and all manner of dangerous animals, stepping into the majestic coliseum preserved to date in the center of modern Rome. It is described as one of ‘the greatest work of Roman architecture and engineering’ I imagined the blood split as spectators roar on the cannibalistic spectacle of animals devouring humans.
I left the Amphitheatre of blood, and a venue where the sardonic side of humanity is celebrated thinking to myself how amazing that the worst of Rome and what ‘civilized’ world would describe as barbaric is now a money making monument, the Amphitheater is not popular because as a masterpiece in engineering, no, we have more than enough of such in Africa and pre colonial Nigeria.
The bloodletting, the gladiators, and the public spectacle that followed every battle keep modern tourist attracted.
Every epic monument in Rome is laden with the burst of great ‘Roman’ and softly your tour guide mentions the ‘hundreds of thousands of slaves’ who built Rome. It is mentioned casually, at every point, if you are not as inquisitive as I am, ‘hundreds of thousands of slaves’ just seems like objects that do not deserve ant attention, they (the slaves from within Rome and other parts of the world) built Rome under extremely harsh and inhumane conditions. During one of the tours, I was told a certain historical column was built with the efforts, sweat and blood of about 40 thousand slaves, spanning 39 years, more than half of that number died, just one column? I asked to be shown just ONE monument, a resting place or an epithet acknowledging Roman injustice to its fellow humans and my tour guide could only but say ‘that’s a strange request’ in simple English the tourist industry and Italian historians do not think it was necessary.
Rome displays great works of art stolen, looted from Egypt, Ethiopia and conquered lands far away from modern Italy.
Legends and monuments from great Romans are preserved but NOT ONE trace of a burial site for hundreds of thousands of slaves, not even a memorial. During the tour guide, slaves get mentioned like it happened in the fairy tale. No atonement, no regrets, history is mainly written by the victor over the vanquished.
In Africa they are called ‘IDOLS’ in the Vatican they are called ‘HOLY SHRINE OF THE SAINTS’
Visiting the Vatican was another eye opener. Inside the very stronghold of the catholic faith, in fact, in the middle of the sacred church, you find shrines and artifacts, you find faithful’s kneeling down and praying to the monuments of human saints and you admire every form of art. You find yourself asking, why did they tell us to do away with our 'idols' and they preserved theirs?
We now pay to see their arts, whilst we destroy our artifacts and historical shrines, replacing them with modern mosques, biggest church auditorium in the world and slide further down as our spirits get conquered by the day.
As I focus on every bit of Rome my mind raced back to Ile Ife and the cradle of Yoruba civilization and all I could see left are basically the 'Opa Oyanmiran' and some (probably then) Osun grove. We need to learn from the slave masters and preserve our way of life. They know Jesus but kept their own 'Idols' calling them masterpiece and works of art.
We must recreate our past, so generation yet unborn won't Nigeria is blessed with more than enough pre and postcolonial legacies to attract the world. From great kingdoms, Oyo Empire, the Benin Empire with its modern city before the arrival of the invading Brits, the Republican democracy in Igbo-Land and its many artwork, the Nok artwork and several thousands of engineering work , our elite now take over historical lands and sites to build private mansions.


With an increasing Nigerian diaspora and a new generation of Nigerians born abroad, and a new generation of Nigerians at home who yearn to learn about our past and see evidence of our civilization, would come hundreds of thousands who would want to visit their heritage, that would bring several millions of revenue and will stop the embarrassment of going to Rome to see the victor erase the memory of the vanquished
Posted by Unknown at 13:43 No comments: Links to this post 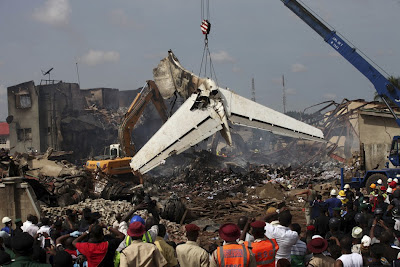