PHOTO! Caught on camera: Nigerian Embassy Alfa Abutu says he can smuggle stolen goods out of the UK in diplomatic bags

An undercover investigation filmed by ITV's Exposure reveals how a worker at the Nigeria High Commission (NHC) claimed he could transport items, including stolen art, out of "any airport" using his diplomatic connections.

Posing as a criminal gang, the Exposure team, led by reporter Mark Williams-Thomas, met Alfa Abutu, in a London hotel. Abutu told them that he could transport their stolen art to Paris.
"Give me your suitcase, this suitcase usually has to be wrapped with the national flag before we can move it anywhere. And we use diplomatic vehicle whereby the police authorities will not stop us," Abutu said.
Exposure later told Abutu the art was worth nearly £1 million, to which he suggested a commission of £250,000. In a series of meetings with undercover reporters, Abutu also claimed he could help transfer money, and smuggle diamonds and gold out of the country using an embassy car and its associated privileges. DETAILS ON ITV WEBSITE 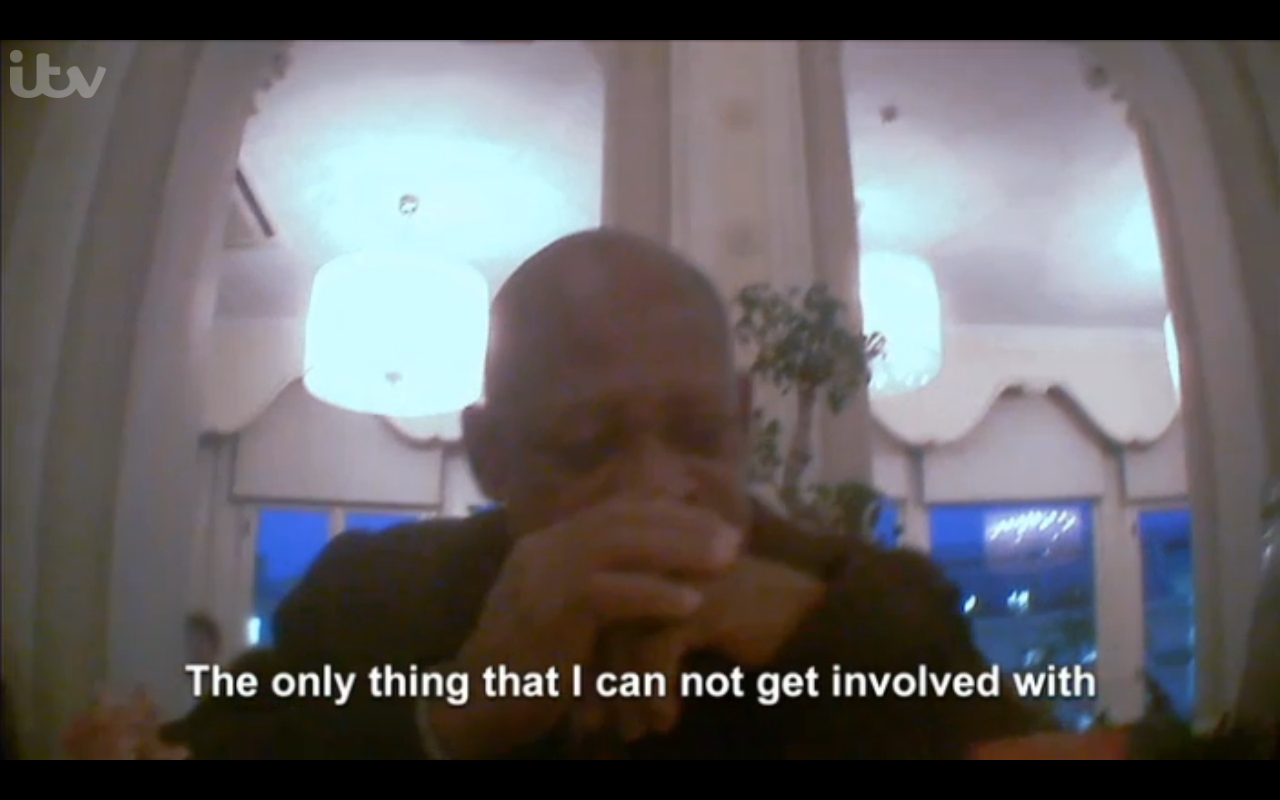 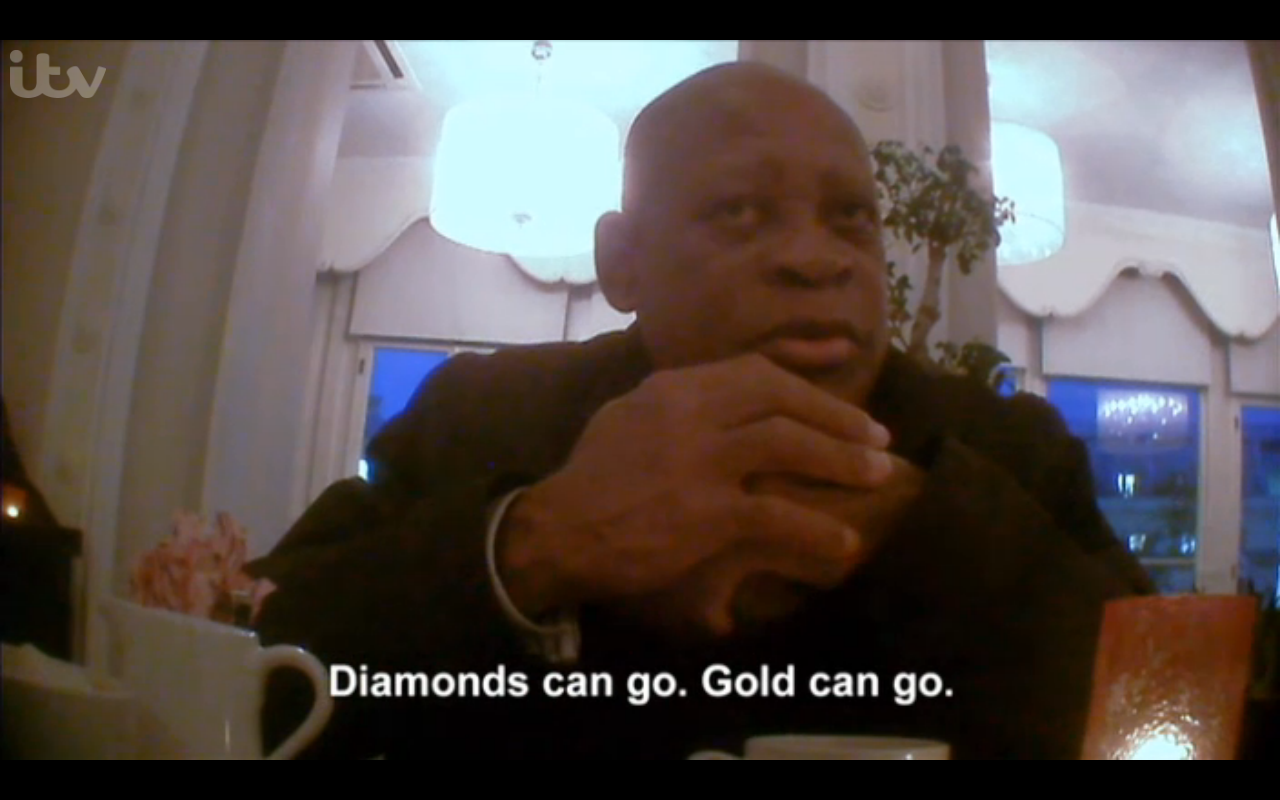 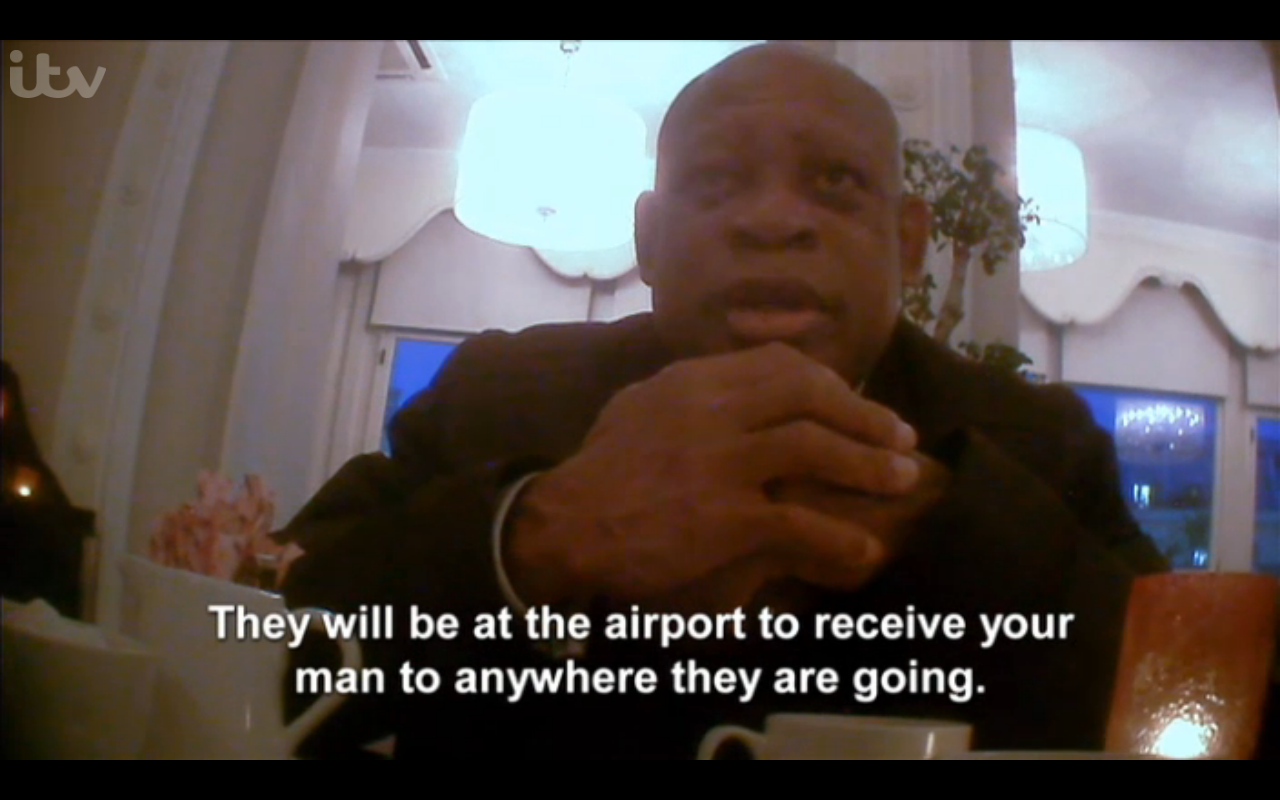 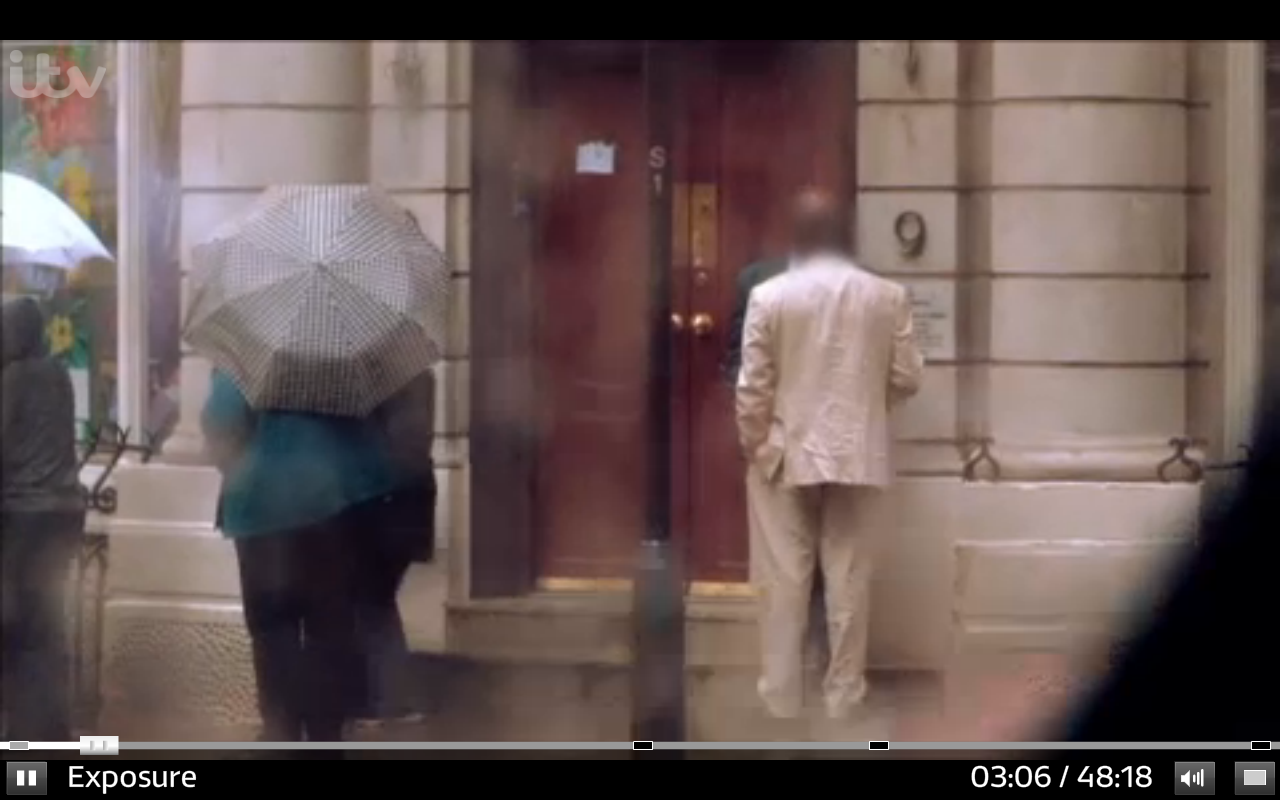 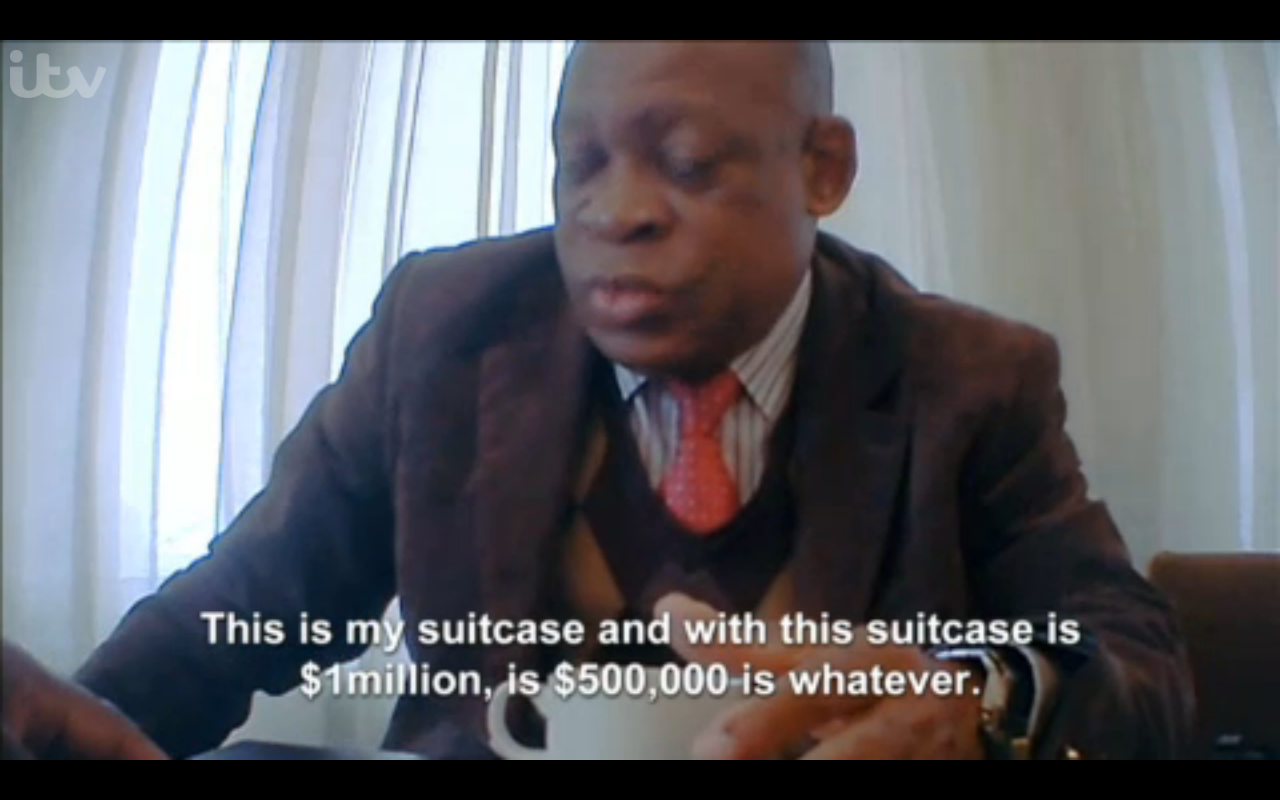 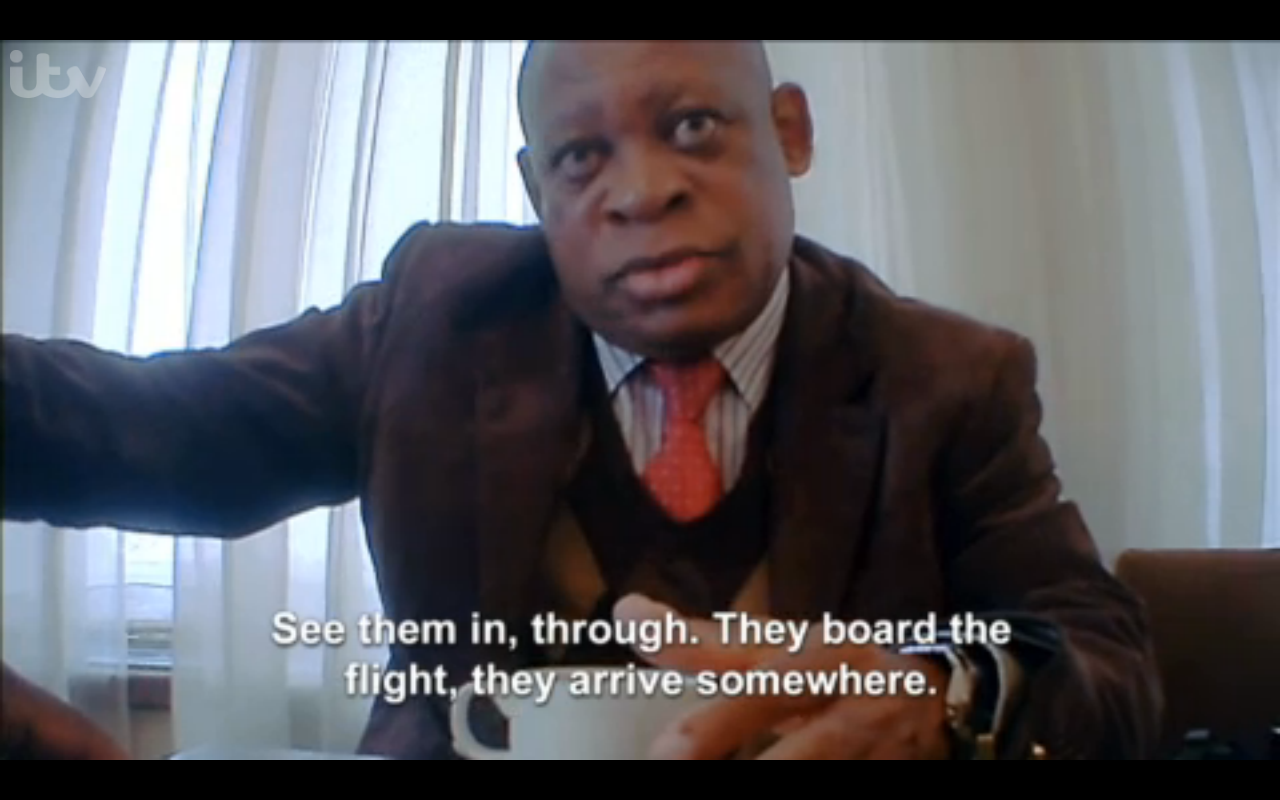 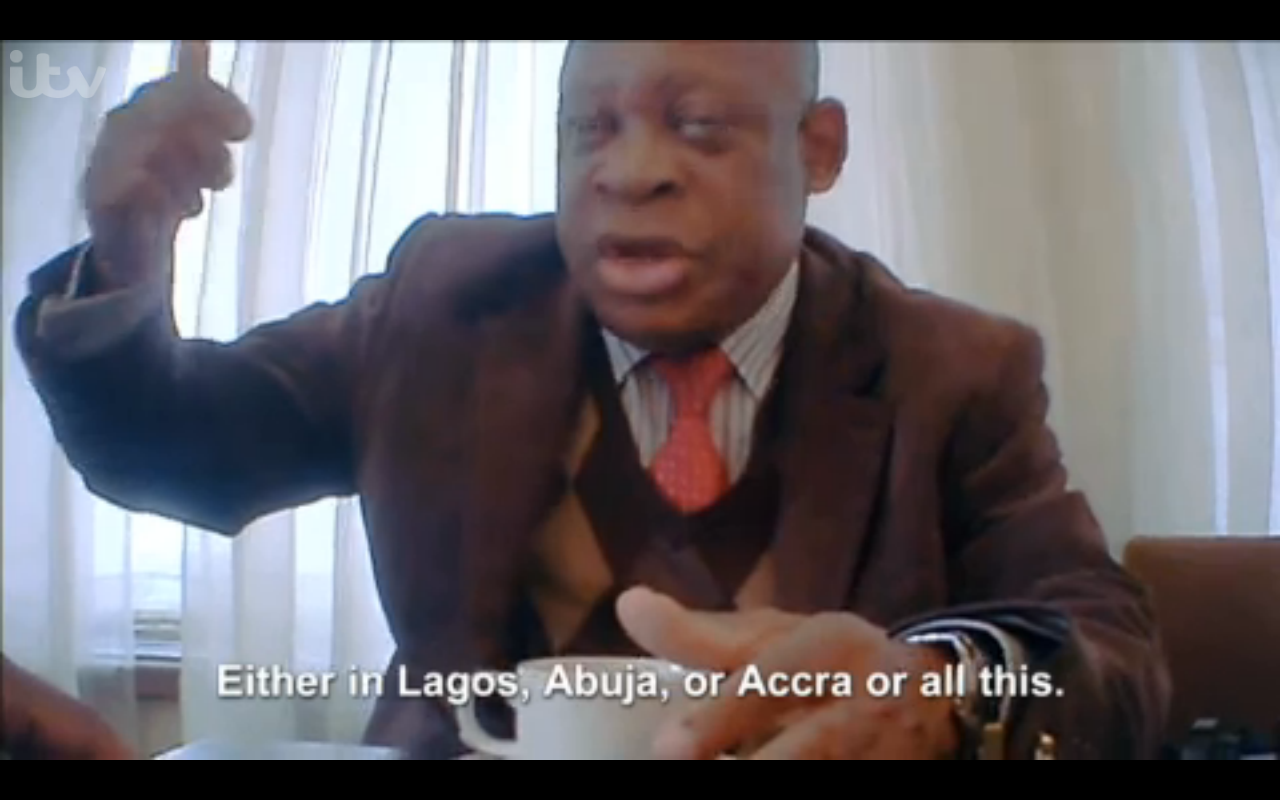 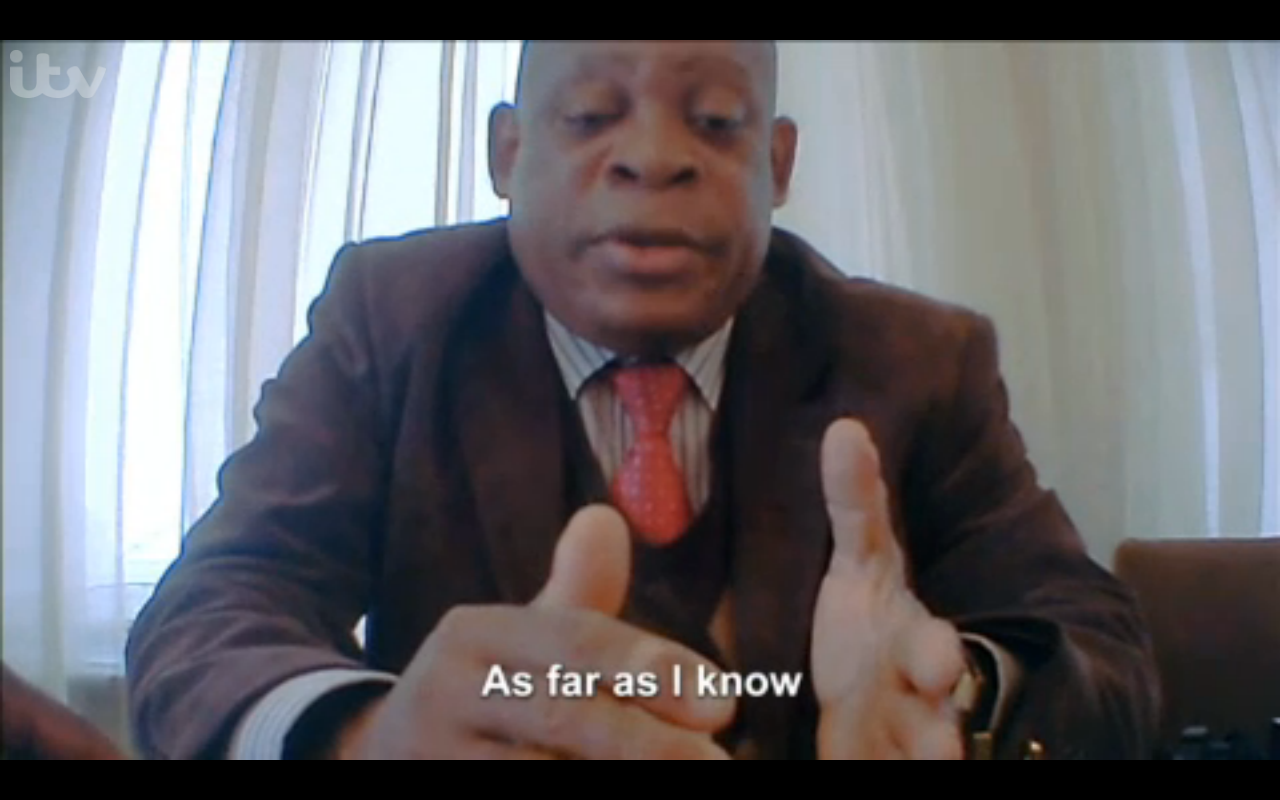 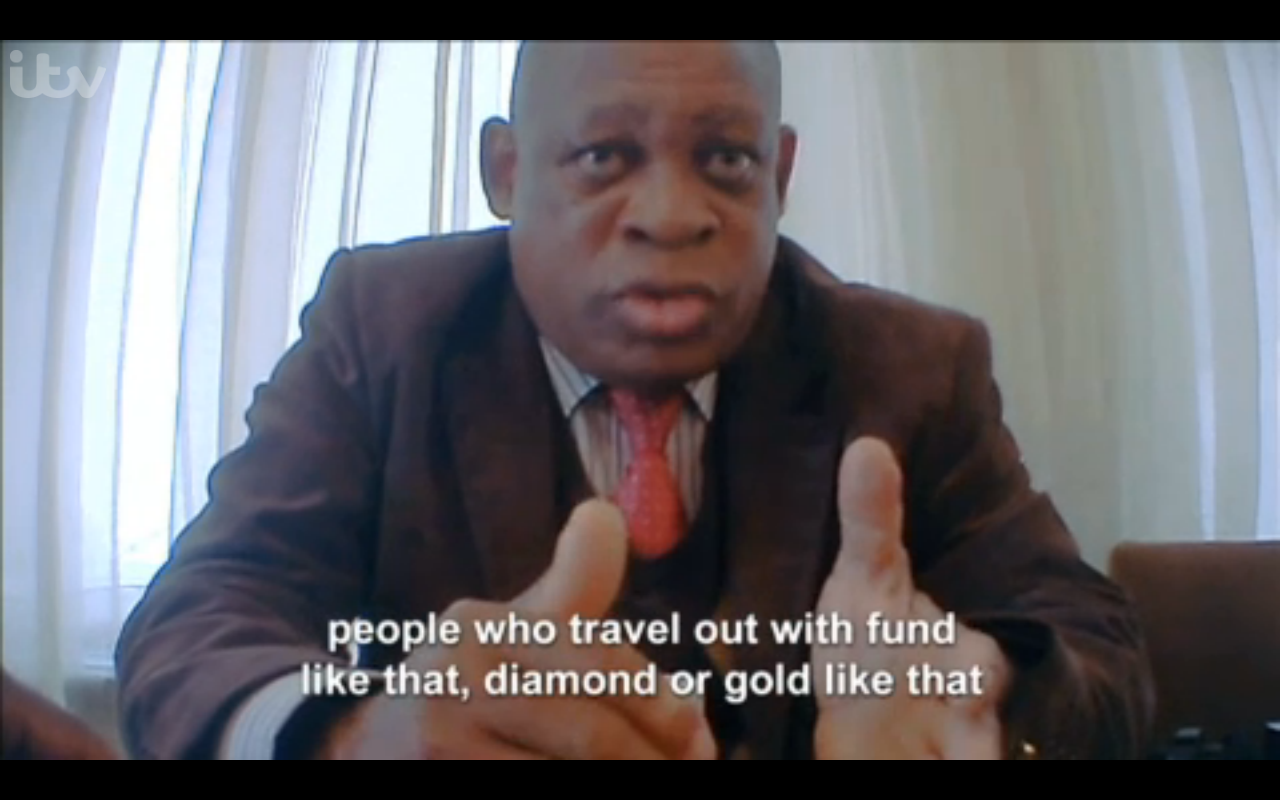 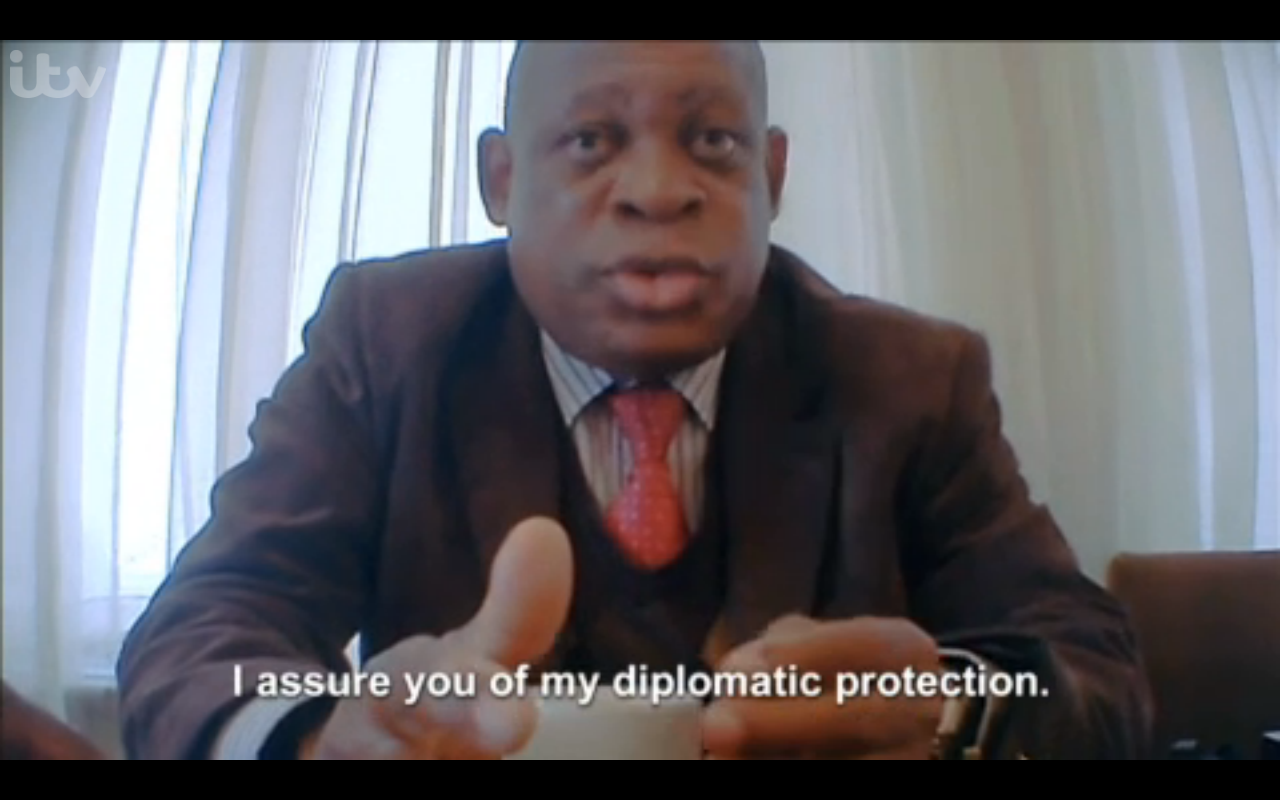 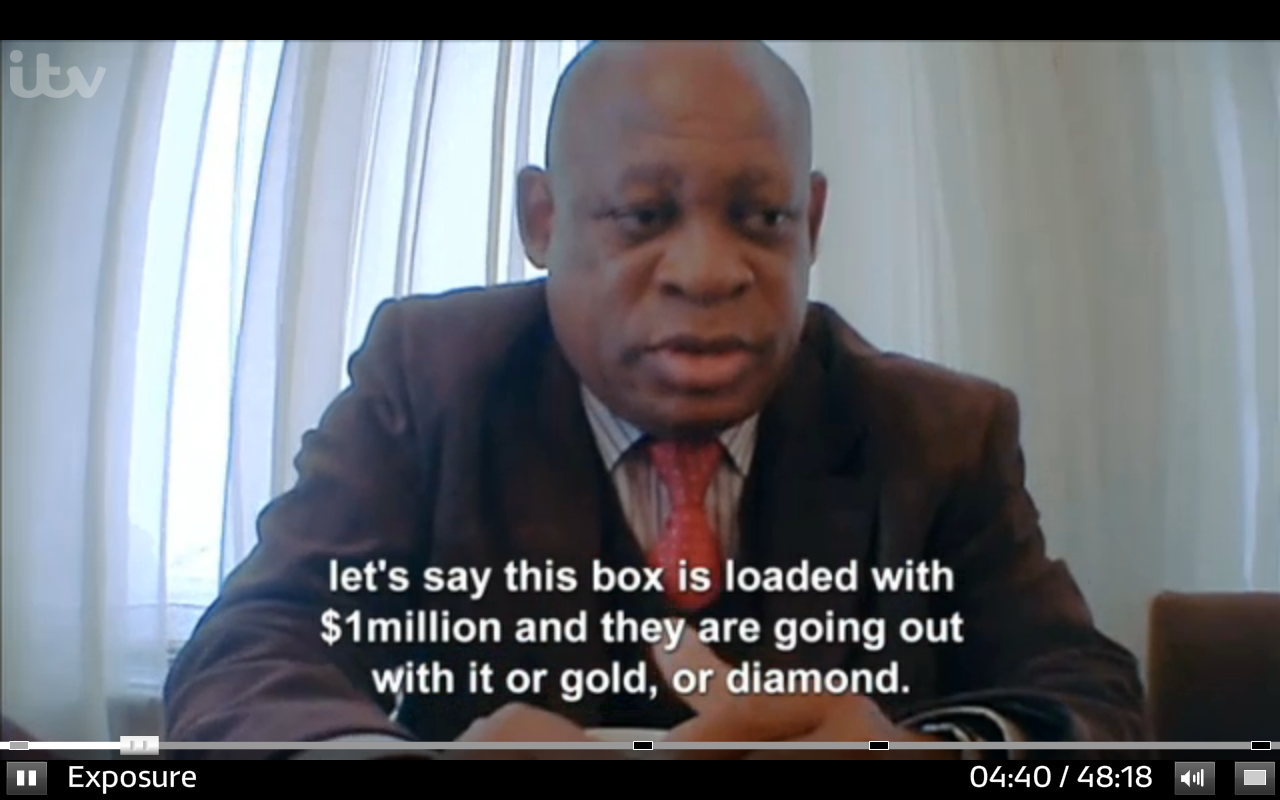 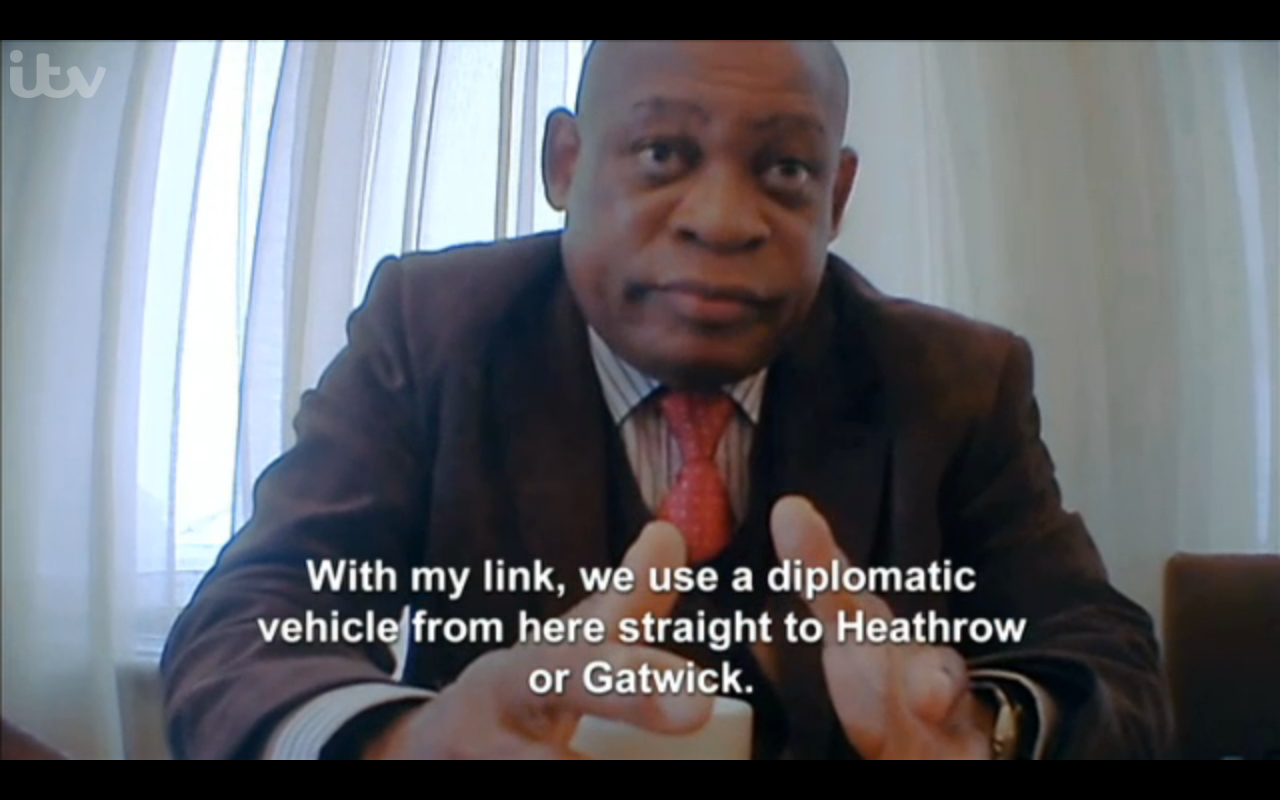 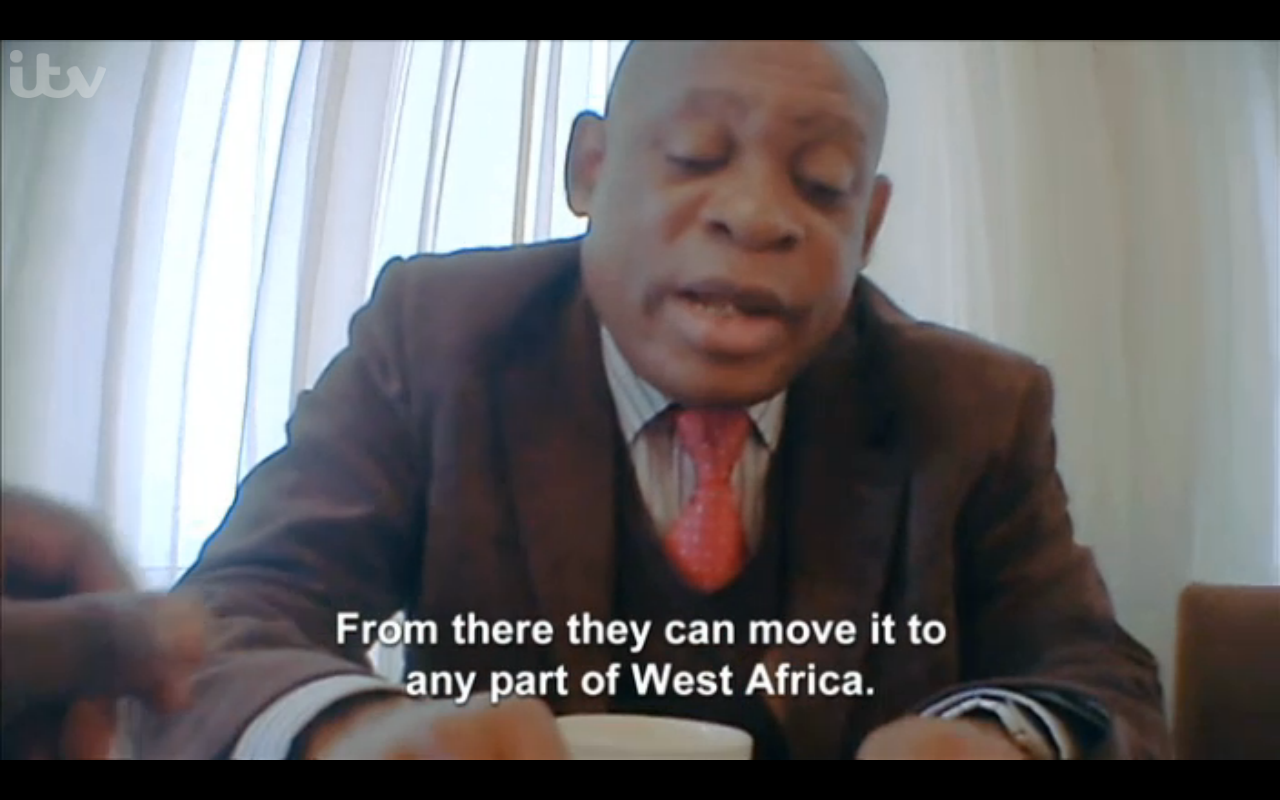 Posted by Unknown at 04:18 No comments: Links to this post