After referring to him as “Vice-President” on Wednesday, President Umaru Yar’Adua on Thursday recognised Dr. Goodluck Jonathan as the country’s Acting President and Commander-in-Chief.

The Special Adviser to the President on Media and Publicity, Mr. Olusegun Adeniyi, said Jonathan would continue to discharge the affairs of the government as the Acting President until Yar’Adua had fully recovered.

Adeniyi, who spoke to journalists in the State House, also disclosed that, while Yar’Adua was hospitalised at the King Faisal Specialist Hospital in Jeddah, Jonathan was receiving copies of his medical report.

Reacting to recent developments in the Presidency in the wake of Yar’Adua’s return on Wednesday, particularly a statement in which he had addressed Jonathan as Vice-President, Adeniyi said, “The Acting President and Commander-in-Chief, Dr. Goodluck Jonathan, continues to run the affairs of the country until the President is fit to take over.

“The statement is very clear that the Acting President continues to run the affairs of the nation and that remains the situation as far as I am concerned and as far as the President is concerned.”

He also dismissed reports that the wife of the President, Hajia Turai Yar’Adua, was running the government. He said Turai is currently “nursing” her husband, Yar’Adua, and was not interested in anything else.

“So when you hear that Turai is in charge, Turai takes over, all those things are not correct. It’s been very unfair to the First Lady at the time she is nursing her husband.

“So, there is no such thing and you don’t expect the Acting President, Dr. Jonathan, to report to the First Lady. It is abnormal and it won’t happen.

“What the Acting President actually said was that he was going to see the First Lady and ask about the husband, that is the President, and probably see him. To me, in a normal situation, which I believe, it is the natural thing to do.”

The presidential spokesman, in the same vein, explained that Jonathan would not, in any situation, report to or take directives from Turai.

Reacting to reports that a planned meeting between Jonathan and Turai on Wednesday evening, which failed to hold was to enable the Acting President to receive directives from Turai, Adeniyi said it was not so.

Rather, he explained that the planned meeting was a matter of “courtesy.”

He said, “If you ask anybody who was at the meeting (between Jonathan and the ministers in his conference room), he or she will tell you that what you have there in the press is not what actually happened.

“I was not actually there; I was doing something in the office and before I got there, the meeting was over.

Adeniyi also said Jonathan had convened another meeting with all presidential aides, including Yar’Adua’s aides, particularly those who just returned from Saudi Arabia.

The planned meeting will further seek ways to ensure that the Presidency is harmonised, and all presidential aides co-opted into a unified system.

Sunday Punch had in its February 21 edition reported exclusively that Jonathan had integrated Yar’Adua’s aides.

Adeniyi also explained the relationship between Yar’Adua and Jonathan.

“The last one was last Friday. Dr. Salisu, the President’s chief physician, sent to the Acting President, through the Ambassador, a forwarding letter; I was copied.

“I have a copy of the medical report on the President’s health and if you read the letter sent by the President, he addressed Dr. Jonathan as the Acting President.

“They have always had a cordial relationship and I also know for a fact that several times in the Council when the President was presiding, he always said it that anytime he was not around, no memo should wait for him, that they should go to the Acting President, then the Vice-President. Also, when there was friction between ministers and ministers of state, he mentioned the kind of cordial relationship he had with Dr. Goodluck Jonathan then as his vice-president.

“That anytime he is not around, no memo should wait for him. So as far as I am concerned, they have a very cordial relationship.”

Adeniyi also spoke on the status of Yar’Adua’s aides.

“We run one presidency and the Acting President has already called for a meeting and I believe the meeting will hold tomorrow (Friday) to brief us on how things will go and how he will run the presidency; and everybody is included, especially those who just returned from Saudi Arabia.

“So it’s just one presidency and we are all under Dr. Jonathan now as the Acting President and Commander-in-Chief until the President returns to office fully,” he said.

Meanwhile, even though the meeting between Jonathan and Turai did not hold, efforts were made by the Acting President to see her.

A source in the presidency disclosed that Jonathan sent his aides to the President’s official residence to meet with Turai and arrange the meeting, but the aides were informed that she was not available.

The source, who did not wish to be named, explained, “Around 7pm yesterday (Wednesday), when the team went to the President’s residence, the woman was not ready to come down for any meeting. So, Jonathan’s aides went back to their boss to report the situation. It was then that the meeting was called off.”

Jonathan had informed ministers at a meeting in his conference room on Wednesday that he would meet with Turai, having been briefed by Yar’Adua’s aides that the President was back in the Presidential Villa.

In the same vein, the Acting President’s office offered some clarification on the aborted meeting in a statement later on Thursday evening.

The statement signed by the Senior Special Assistant to the Acting President on Media and Publicity, Mr. Ima Niboro, reads, “This is to clarify the comments made by the Acting President, Dr. Goodluck Jonathan, when he met with members of the Federal Executive Council yesterday on the return of President Umaru Yar’Adua.

“The Acting President had said that he was briefed by the President’s aides that he was resting after the journey, but that he (Acting President) intended to meet with the First Lady, Hajia Turai Yar’Adua, later in the day to say hello to the family.

“These remarks seem to have been widely misinterpreted in some quarters, hence this clarification.”

Posted by Unknown at 17:44 No comments: Links to this post

Email ThisBlogThis!Share to TwitterShare to FacebookShare to Pinterest
Labels: Nigeria 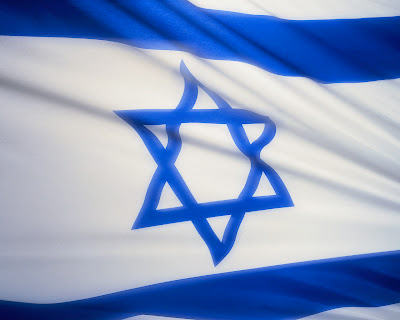 Dubai’s prestigious Al-Bustana Rotan is said to be a “5 star luxurious heaven with the blend of traditional Arabian hospitality synonymous with leadings hotels of the world”, what the hoteliers did not and could never have envisaged was that the hotel would be a place of interest for one important enemy of the State of Israel and hero
of the Palestinian resistance Hamas leader Khaled Mashaal.
Khaled Mashaal was killed in this 5 star Al-Bustana Rotan hotel late in the month of January 2010 by people described as operatives of the Israeli intelligence agency MOSSAD. Over 16 operatives where said to have been involved in the pre meditated and sublimely orchestrated killing of the Hamas leader; they made use of forged passports of European Commission countries with British, Irish, French and German passports topping the list of fake travel documents. The operation was done with ease, they made their way into Dubai tailed the victim and shadowed him into room 320 where they cut him short; the killing was done in such a way that Mashaal’s death would have been adduced to natural cause.
The Israelis underestimated the investigative skill of the Dubai Police and intelligence agency; as soon as they made their way out of the UAE and with job well done, the UAE authorities deconstructed their movement in less then 48 hours! The United Kingdom is protesting to high heavens over the illegal use of its passport which is generally seen as the symbol of British sovereignty. Israel till date is refusing to acknowledge or deny its involvement in the Dubai Death squad affair as it retains is long standing policy of “ambiguity” in MOSSAD operations. But the mood in Tel Aviv is more of self contentment and victory. No national shame in what is obviously an act of State terrorism.
The operation is characterized with all the elements of State criminality; must Israel degenerate to the method used by terrorists to fight back? State involvement in identity theft and the use of forged passports of nations friendly to the State of Israel to invade a sovereign state in carrying out an international act of terrorism and putting the life of Citizens of those Countries at risk is still a shock to many who are sympathetic to the Israel cause. This does expose the long held view that Israel is only concerned about the survival of Israel and not of any of its friends or allies. Of course and as usual the Brown government is caught in the middle of an emerging diplomatic row between the Arab World and Israel with the UK commencing investigation and the Irish government sending a protest note to Tel Aviv.
The United States of America is obviously keeping mute on the whole affair. It would have been interesting to see how the White House would have reacted if the operation had been carried out by members of the Iranian Intelligence agency on the soil of a friendly western nation against a known western terrorists. The white house would surely have had a daily briefing and called for a full scale investigation, insisting that the suspects must be “brought to justice”. But in the case at hand it is another studied silence from the White House. Selective condemnation of terrorism by the USA and the west are the very stimulants for extremism in the Arab world. It is right that terrorist of all trend must be brought to justice. The perpetuators of the Dubai murder must be made to face the full weight of the law. The defense of Israel and the survival of her citizen should not be an excuse for identity theft, gangster murder and violation of international law. Terrorism by Palestinian activist and attacks by Hammas on innocent civilians can never be justified, same for the terrorist actions of MOSSAD and other Israeli sanctioned terrorist operations.
Posted by Unknown at 12:41 No comments: Links to this post