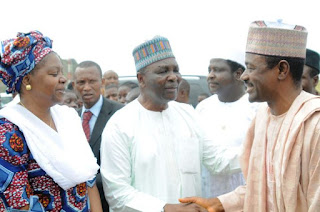 I extend my congratulations to former Head of State, General Yakubu Gowon (GCFR) for attaining the age of 77 today. As we mark the birthday of the General, it is pertinent that we use the occasion to reflect on the man Yakubu Gowon.

He is the best military leader that ruled Nigeria because of his rare quality of humility. A typical soldier whom providence bestowed on his shoulder the enormous responsibility of leading our nation through its most turbulent years in history. As a young military officer, at the age of 36, Gowon was able to provide the needed leadership for Nigeria throughout the period of the civil war and the country emerged stronger from the ashes of the war. Through the slogan “No Victor, No Vanquished” Nigeria came out of the civil war as a more cohesive and united entity.
Gowon’s vision of rebuilding the country through “Rehabilitation, Reconciliation and Reconstruction” recorded remarkable successes. He launched the first National Development Plan for the nation.

General Gowon led an economic expansion that recorded 11.5% growth. He built trunk ‘A’ roads and institutions of learning across the country and developed Lagos to an international commercial city. In 1974, he decided to transfer the nation’s capital from Lagos to Abuja. The National Youth Service Corps today remained one of the legacies of General Gowon.
However, General Gowon is the most uncelebrated leader in the country. Indeed, the true story of Nigeria will never be told until his rare qualities are acknowledged.

I think there is a parallel between General Gowon and President Goodluck Jonathan. They both rose from humble background to the most exalted office in the land. They are humble, patriotic, visionary and exude the uncommon quality of the Fear of God in the discharge of their duties.
The youth of this country have a lot to learn from the sterling qualities of General Gowon, particularly the acknowledgement that age is not a barrier to leadership. Youthful age is always an advantage. All the world leaders that changed the universe are youths because of their idealism and vigour. The youth remain those who can lead this nation and indeed the world forward.

Today, about 65% of Nigeria’s population is below the age of 35. Therefore, the most valuable asset of this country is not its natural and mineral resources but its youthful population. We are today celebrating Nigerian youth using General Gowon as the pedestal.
I urge the youth to summon courage and surmount contemporary challenges of development. I believe period of crisis provides a fertile ground for the youth to rise up and rewrite history.
The youth should be the vanguard of the campaign for moral reawakening in the country in order to reverse the collapse of our value system. The absence of peace can threaten development. The youth should champion the crusade for peaceful co-existence in the country in order to guarantee our future.

We must eschew the differences of tribe, section or religion and imbibe the qualities of discipline, honour, patriotism, solidarity, selfless service and sacrifice, sanctity of human life and the fear of God. Once we are united and stronger, we can harness our talents and intellects to pursue the common cause of our development and make the country a better place for ourselves and generations to come.

I congratulate General Yakubu Gowon once again on his 77th birthday. Labaran Maku. 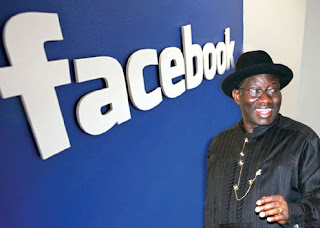 NOTE: *Mr Labaran Maku then “RADICAL” Students Union President of The University of Jos led a Protest against the government of General Ibrahim Babangida when the later proposed an increase in the pump price of petroleum in Nigeria. Labaran described the slight increase by Babangida as an attempt to Kill Nigerians and a crime against humanity, several students received injuries, with reports of others missing.

Today as minister of Information for current Nigerian President Goodluck Jonathan Mr Labaran is a member of Jonathan’s 'kitchen cabinet' (CABAL) pushing for a complete removal of Oil Subsidy in Nigeria.

He calls the removal a 'nessacry and brave move by the Jonathan administration taken in the National Interest'. The minister in late 2010 infamously claimed that President Jonathan “introduced Nigerians to Facebook” and that Nigeria should have the president to thank for such great initiative.

Labaran Maku who as Students Union leader tag ALL past military rulers in Nigeria as “EVIL MEN WHO SHOULD BE BROUGHT TO JUSTICE”. In the article above, now writing as Minister of Information, Mr Maku now describe Yakubu Gowon, the war time (BIAFRA WAR) leader of Nigeria as “THE BEST MILTARY LEADER THAT RULED NIGERIA”
Posted by Unknown at 10:52 1 comment: Links to this post

Nigerian Police May Not Be Our 'Friend' but Some Get Killed combating Criminals!

Nigerian Police attract a lot of Thumbs Down from members of the Nigerian Public!
Underpaid and led by inept leadership and a thieving political class. 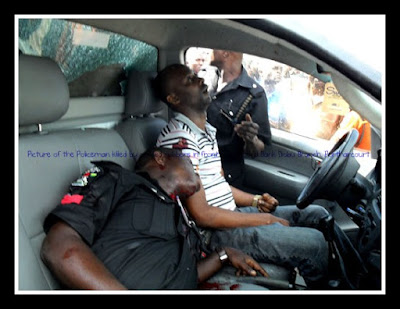 Picture of the Policeman killed by armed robbers in front of Diamond Bank Diobu Branch, Portharcourt .

We expect them to do breathtaking job with archaic weapons and stone age working environment, true we have a significant number of corrupt policemen who are products of the larger Nigerian society but we also have quite a number of heroic men and women who die in the line of duty trying to protect us.

GEJ before another *You Win* Kalo Kalo! Let us ask the little question of $200 Million ‘donated’ to Nollywood

$200 Million GEJ money 4 Nollywood! We all recall $200million ‘donated’ to Nollywood by President Goodluck Jonathan during the 2011 presidential campaigns, it was later labelled as “a fund to be accessed by Nigerian artists” 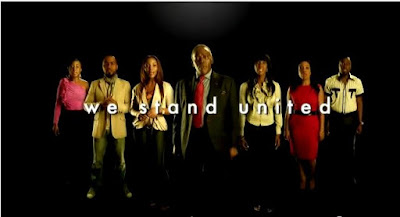 Now that GEJ is coming up with another project tagged *YouWin’ under the guise of “setting out funds” for some “selected “ talented” Nigerian youths to access after submitting proposals we humbly ask Mr President and some of the artists in Nollywood, what happened to the $200 Million GEJ donation? How many Nollywood artists are able to access the fund? How many film village or post production units earmarked? it is our right to know!

Millions of Naira Budgeted for *YOUWIN* Scheme to be monitored by an unknown committee of wise Nigerians.

*New GEJ employment scheme is targeted at owners of existing formal and informal businesses who will be asked to submit their business plans for a competition. These will be evaluated by a panel of experts and the best submissions from each geopolitical zone will be selected for support & then create between 80,000 to 110,000 sustainable jobs over the next 4 year
Posted by Unknown at 07:40 1 comment: Links to this post

You kill yourselves! We Share The Land! List of 562 prime land allocations to prominent citizens in highbrow Lekki Peninsula Lagos-Nigeria 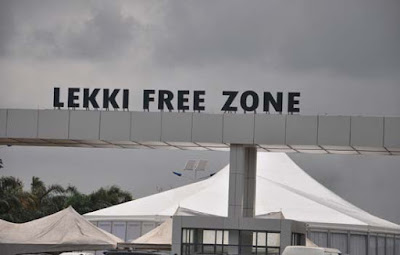 As the poor masses in Nigeria kill and maim each other over Tribal, Religious, Economic, Political differences instigated by the Nigerian ruling elite. The same elite share the countries commonwealth behind closed doors.

Here is a list of EXPENSIVE LEKKI LAND ALLOCATION by Lagos State Government to prominent Nigerians and tell me how many of the poor CHASED OUT BY RAJI RASAKI got half a PLOT in Lekki?

The list below is from the so called “revocation for non payment” list released by the Government of Babatunde Fashola the list spread across the political divide amongst the Nigerian ruling elite.

When it comes to allocating choice areas, you don’t get North vs. South East vs. West or Christian Vs Muslim they share the National Cake without any problem.

Posted by Unknown at 18:40 4 comments: Links to this post

Nigeria rated the 101st best country to do business in the world! Drops from 87th Position

Nigeria has been rated the 101st best country to do business in the world, a significant drop from the 87th position it occupied last year, national newspaper, according to local newspapers here. Ahead of Nigeria from the African continent were South Africa — which ranked 40th, followed by Zambia (56th), Namibia (71th), Ghana (72th), Mozambique (77th), Morocco (83rd), Malawi (86th), Egypt (92nd), Senegal (96th), and Madagascar (98th). 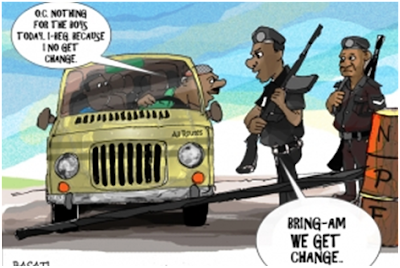 At the bottom of the list of 134 countries are Venezuela, Angola, Burundi, Zimbabwe and Chad, at 130th, 131st, 132nd, 133rd and 134th positions, respectively. The report pointed out that infrastructure was a major impediment to economic growth, adding that Nigeria’s economy was badly hit by the recent financial and economic crises. According to the report, “Oil-rich Nigeria has been hobbled by political instability, corruption, inadequate infrastructure and poor macroeconomic management but in 2008 began pursuing economic reforms. It said: “Nigeria’s former military rulers failed to diversify the economy away from its over-dependence on the capital-intensive oil sector, which provides 95% of foreign exchange earnings and about 80% of budgetary revenues.” Proving the credibility of the rating, Kurt Badenhausen, a Forbes representative, said, “We determined the best countries for business by looking at 11 different factors for 134 countries. We considered property rights, innovation, taxes, technology, corruption, freedom (personal, trade and monetary), red tape, investor protection and stock market performance. “We leaned on research and published reports from the Central Intelligence Agency, Freedom House, Heritage Foundation, Property Rights Alliance, Transparency International, the World Bank and World Economic Forum to compile the rankings.”
Posted by Unknown at 13:06 3 comments: Links to this post 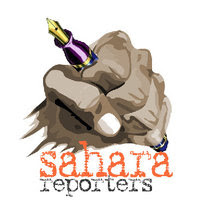 “We’ve been alerted this morning by our host company that Sahara reporter’s web site has come under massive attack, we are working with our upstream providers to restore service. We regret the inconveniences caused to our readers.”
SR BB MESSAGE!
Posted by Unknown at 06:55 56 comments: Links to this post