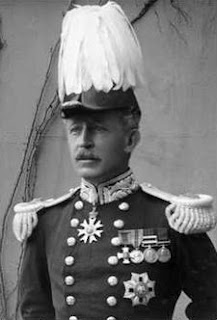 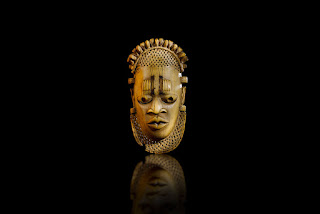 STOLEN OUT OF AFRICA: A 16th century ivory mask looted by the British during an invasion of Benin in West Africa (Nigeria) in 1897 is set to go for £ 5 Million at auction at Sotheby's ( Phone :+44 (0) 20 7293 5000) in London . It was kept by the family of British commissioner Lt Col Henry Galway and recently resurfaced

Urgent Apeal: Lieutenant-Colonel Henry Lionel Galway was a British commissioner in colonial Nigeria. During the invasion he stole a 16th century Ivory mask from Benin City. His family is now putting the stolen Ivory for sale for £5 Million at Sotheby’s in London. We urgently require a UK based Nigerian lawyer to get injunction against the sale. Please e mail odamisi2000@yahoo.com or BB 21659292 . For several Years the British claimed they do not know about the mask only for the mask to resurface in the family home of Henry Galway and rather than get the mask back they are putting it for sale.

The 'Gallwey Treaty', although it was never signed, became the legal basis for British invasion, occupation, and looting, culminating in the savage Benin Expedition of 1897, which destroyed the Kingdom of Benin. Galway was often mentioned in dispatches during this time, and was rewarded with the Distinguished Service Order (1896), appointment as Companion of the Order of St Michael and St George (1899) and promotion to major (1897).
Wikipedia

Telephone and ask to be passsed on to the African Arts Department.

AS ADVERTISED BY THE GALLERY

Only four other historical ivory pendant masks with related iconography of this age and quality are known – all of which are housed in major museums around the world1. All of the ivory masks are widely recognized for the quality of their craftsmanship, for the enormous scale of Benin’s artistic achievement and for their importance in the field of African art. Produced for the Oba (or King) of Benin, these ivory pendant masks are testament to the Kingdom of Benin’s golden age when the kingdom flourished economically, politically and artistically.

The masks rank among the most iconic works of art to have been created in Africa. The mask to be sold at Sotheby’s in February is estimated at £3.5-4.5* million. It had been on public view in 1947 as part of a loan exhibition at the Berkeley Galleries in London entitled ‘Ancient Benin’, and then again in 1951 in ‘Traditional Sculpture from the Colonies’ at the Arts Gallery of the Imperial Institute in London.

The mask and the five other Benin objects will be sold by the descendants of Lieutenant Colonel Sir Henry Lionel Gallwey (in 1913 he changed his name to Galway) who was appointed deputy commissioner and vice-consul in the newly established Oil Rivers Protectorate (later the Niger Coast Protectorate) in 1891. He remained in Nigeria until 1902 and participated in the British Government’s “Punitive Expedition” of 1897 against Benin City. The faces of the five known pendant masks have been interpreted widely by scholars of Benin art as that of Idia, the first Queen Mother of Benin.

The mother of the Oba Esigie (c. 1504 – 1550), Idia was granted the title of Iyoba (Queen Mother) by Esigie in recognition of her help and counsel during his military campaigns. Idia remains a celebrated figure in Benin, known as the ‘only woman who went to war’. The masks were created at least in part as objects of veneration. The worn and honey-coloured surface of the offered mask attests to years of rubbing with palm oil, and surface as well as the style of carving is most similar to the example in The Seattle Art Museum.

The mask comes to auction together with: a highly important carved tusk made with a group of other similarly carved tusks for the altar of an Oba who lived in the 18th century. The imagery presented depicts emblems of power and strength which are related to the life of the Oba himself. The iconography is specific, and can be seen repeated across many arts forms in Benin, including the well-documented bronze plaques. The collection also includes two richly carved ivory armlets which incorporate many of the panoply of motifs used by the artists of the Igbesanmwan, the Royal Guild of ivory carvers.

As with most ivory carvings, these were more than likely made for an Oba, as he would have had complete control over the production of works of art made from precious ivory. Also in the collection is a rare bronze armlet, cast with Portuguese figures in an openwork motif. The earliest appearance of the Portuguese in plaques and free-standing figures and bracelets in the 16th and 17th century was undoubtedly calculated by the Benin to add considerable prestige to the Oba and his courts demonstrating that his power extended beyond the confines of his own people.

Finally, the collection includes a very rare bronze sculpture of a type historically identified as tusk stands. The twisted and hollowed form of this stand suggests it served the same function as the more familiar bronze commemorative heads, as a stand for a carved ivory tusk on an altar created to honour a former ruler.

*Estimates do not include buyer’s premium
http://www.artdaily.org/index.asp?int_sec=2∫_new=43553
Posted by Unknown at 02:52 3 comments: Links to this post

Posted by Unknown at 02:52 No comments: Links to this post

Posted by Unknown at 02:50 No comments: Links to this post

Posted by Unknown at 02:49 No comments: Links to this post