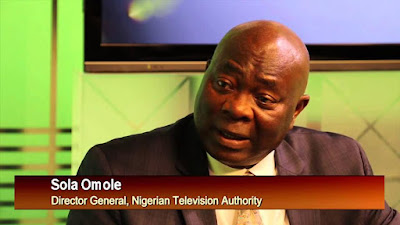 Teradek Bolt Pro 600 Wireless HD-SDI/HDMI Wireless Dual format Transmitters & Receiver Sets and filming drones can no longer be found.
The equipments were purchased at the request of the DG and delivered to NTA in the period leading up to 2015 Election. Mr. Sola Omole, the Director General of NTA is said to be planning to launch his own new Private Television Station when he leaves NTA following in the footstep of a former NTA DG Ben Bruce.
Sola Omole and others were hurriedly granted radio and TV licence by President Goodluck Jonathan The missing equipments are said to be part of Omole's new private venture.
.
Posted by Unknown at 03:24 No comments: Links to this post