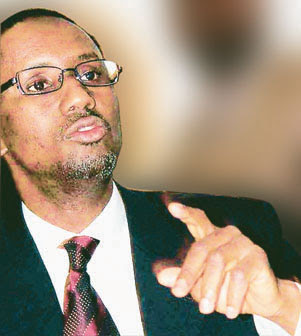 Professor Wole SoyinkaIn what plans to be a huge public event at the London Metropolitan University (LMU) in London, Professor Wole Soyinka, erstwhile Chairman of the Economic and Financial Crimes Commission (EFCC), Nuhu Ribadu, and West Africa Bar Association President, Femi Falana, will make a joint appearance at a symposium in London on May 29. The event, which is tagged “The State of the Nigerian Nation,” is being promoted by the Nigeria Liberty Forum (NLF) a UK –based pro- democracy group. It is being planned to coincide with the nationally proclaimed “Democracy Day” in Nigeria.

The NLF recently had a successful protest against Nigeria’s former president, Olusegun Obasanjo, while he was at the London School of Economics to address the institution about his role in the efforts of the United Nations to bring peace to the Democratic Republic of the Congo. In a humiliating experience, the protesters pelted Obasanjo with eggs and rotten tomatoes, and LSE authorities had to smuggle him out through a back door. Back in Nigeria, he tried to put a brave face on his experience, telling local reporters at the airport “nothing can embarrass me”.The event in London will be the first UK appearance of Mr. Ribadu in public since he took up residence at Oxford University to participate in a fellowship after he was fired from the Nigeria Police Force.

NLF leader, Mr. Kayode Ogundamisi, told Saharareporters that the London event was being programmed to counteract the PDP-owned “Democracy Day” that had so far brought sorrow, tears and electoral rape to Nigerians. “We are holding this symposium in defiance of the illegitimate Nigerian government and their contraption known as Democracy Day, held every May 29th”.

Asked why he chose London for the event instead of Nigeria, he said that Nigeria is in need of a second independence, reminding our reporter: “London was historically relevant in the first battle for independence in 1960, so also could it be now. Since Nigerians in the Diaspora are very eager and impatient to change Nigeria, we might as well start in London again”, he stated.

Culled from Sahara Reporte's New York
Posted by Unknown at 07:03